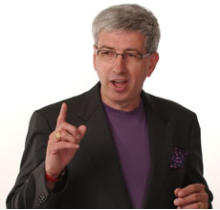 A good deal for both sides

Working to eliminate challenges with vendors

In an episode of ‘Law and Order’ one of the prosecuting attorneys is working to decide about a settlement for a case while remembering a childhood experience. He had traded a baseball card of a great player to a friend for the cards of several lesser known players. The friend repeatedly stated this was a good deal.

If this is true, then it could be the same for the working arrangement between the owner of the business and the wholesaler or manufacturer. Unless both parties are getting a good deal, it is not a good deal.

In the past week I visited with a retailer who decided to change, after many years, vendors in a certain category of products. There was a growing number of situations where the fill rate and delivery were causing the retailer to repeatedly attempt to explain to customers why certain items were not received as anticipated.

A second retailer I visited with ended a long term relationship with a vendor because the pricing had become too much of an issue. By changing his primary vendor, this retailer was able to increase the margin by 3.5% on over 75% of his sales.

In both situations, the retailers stated how they liked their vendors and had enjoyed working with them. However, the changing situation would cause the retailers to make the change because, in their opinions, the change would be critical for the profitable continuance of their businesses. The problems the vendors were facing were not problems that the retailers could take on as it would then force the retailer to attempt to pass that problem to the customer.

A recent trip to a fast food restaurant gave a great example of the challenges of working with a vendor. An order was placed for a medium chocolate milk shake without the cherry or whipped cream.

The price posted on the menu board was acceptable, and while a bit slow, the cashier was able to complete the transaction. With additional delay, a medium milk shake, with whipped cream and a cherry, was presented. When the error was pointed out, an apology was given and the drink replaced. It was mentioned to the customer that the person on the drink machine was new.

When the third error was pointed out, the response from one of the staff was that they had been experiencing problems with the machine. Finally, a supervisor joined the conversation, looked under the machine to see that the gallon of chocolate was empty, and promptly sent someone to retrieve a new bottle of chocolate.

The next drink, made correctly, arrived and with another apology was handed to the customer. The essence of this example was the comments by the fast food staff gave a strong hint that the business was aware that they have challenges. Although not spoken, a comment of ‘your problems are not my problems’, could have been appropriate if somehow the customer thought their comment might cause things to go better.

The same is true in our industry. The vendor is to be a partner in helping us deliver a product or service to a customer. Just as the customer has no need to care about our problems in light of the promises we make to them, the same will hold true between the retailer and the vendor.

The recipe for selecting a vendor will include ingredients such as competitive prices, high fill rates, prompt delivery, the right mix of products, acceptable terms and assistance, in the form of a sales representative and/or other individuals from the vendor.

While you cannot make all of the problems and challenges you have faced with a vendor go away, you can do several things to reduce them.

The first is to realize that as much as you dislike customers who shop only on the basis of lowest price, the same should be true for your business. No vendor is going to have the lowest price on everything. There are other factors to be considered for a profitable relationship.

A second aspect is that you should be clear in defining your expectations. There is no better place to do so then when you place an order for merchandise or services. Using your purchase order form, be very specific in stating all of the terms of the order.

Be clear in the quantities you are ordering; each, dozen, case, pallet. Extend the order on each line as to the total cost of each item. The same is true with extending the total of the order.

You should clearly state on the order form when the merchandise is to be delivered to your business. At the same time, the order should also have a designation of, ‘cancel if not received by a certain date’. No retailer wants spring merchandise showing up in late June.

When you are ordering merchandise that is a part of a complete display or selection, you can also state on the purchase order to ‘only ship complete’. This can eliminate having that order show up at your business in multiple shipments.

Where appropriate when you are paying for the freight, indicate how the merchandise is to be delivered to your business. As many vendors have staff whose responsibility is making the decisions regarding logistics, it is acceptable for your order to indicate, ‘cheapest possible’.

As an example, a 60 pound order being shipped with a carrier that has an initial rate of ‘up to 100 pounds’, likely indicates you are paying an excessive rate for the merchandise. A carrier whose rates are by the pound beginning at one pound would probably be a better choice. It is appropriate to charge back to the vendor the difference in the freight rate charged and the ‘cheapest possible’.

An co-operative advertising dollars, samples, display fixtures, signage, and other support material should also be clearly stated on the order form. You should also put the name of the sales representative on the order in the event any follow up discussion is required with the vendor and you might need to state who took the order.

Any purchase order written is an agreement between two parties. While it does not say so, there is a third party in the agreement with that third party being your customer. Indirectly, you are negotiating with the vendor on behalf of your customer. If you expect the customer to be loyal to your business, then it is your responsibility to do your best in representing the customer when you work with a vendor.

Great vendors already know this. They understand that no sale is complete until the product or service has been delivered to the customer. And no relationship is complete unless the customer continues to do business with the retailer.

As a member of a buying group several years ago, I remember how we made a point to partner with our vendors so that together we took care of the customer. There was another buying group in the community which also worked with many of the same vendors. Unfortunately the leader of that second group was known for their efforts to get everything they could from every vendor the group worked with.

By no means is this information provided as a means for a retailer to abuse that necessary, and profitable, relationship with their vendors. At the same time, “It is a good deal only if it is a good deal for both parties”.

Enter the email address that you signed up with and we will email you a password reset link.

Your session is about to expire.